Long Ending:
Hannah (Erin Moriarty) moves into a new house with her her father John (Michael Vartan) and step-mom Melanie (Nadine Velazquez). John claims he bought it cheap because the prior family defaulted on their mortgage. Hannah experiences seemingly paranormal activity as she hears sounds at night, furniture is constantly being moved, and her personal items go missing. Hannah and Melanie soon discover that a prior family had been murdered in the house and that is the reason the house was so cheap.

Hannah eventually convinces John that something sinister is afoot. John calls the police ,who determine that the neighborhood locksmith has been breaking into their house, but are unable to locate the locksmith. The locksmith breaks into the house to rob Hannah’s family, and begins peeping on Hannah getting dressed for a date. While the locksmith is peeping on Hannah, a skeletal presence walks down from the attic and kills the locksmith. Later, the same spectral presence abducts Hannah’s boyfriend as he tries to sneak out of the house (John has forbidden Hannah from seeing her boyfriend). The presence also sneaks into Hannah’s bedroom at night to watch her sleep.

Hannah is rummaging through the possessions of the family that was murdered in the house that she found left in the garage. She soon learns that the family had a son named David (Dorian Kingi), who was agoraphobic. Reading David’s psychiatric reports, she discovers that he was treated for homicidal tendencies that manifested whenever major life changes were about to occur. Hannah tells her parents about her discovery, and they promise to call the psychiatric hospital contained in the records to confirm that David was is still committed.

In fact, David never went to the hospital. He killed his family before he was committed and has been living in the house ever since (he built a fake wall in the attic, and moves through the air ducts and within the walls). David is the spectral presence that killed the locksmith and abducted Hannah’s boyfriend. Realizing that the family is on to him, he attacks. The family fight him off and call the police as David retreats to the attic. The police enter the attic and shoot the person hiding there. The police tell the family they are safe and rush David to the hospital. Hannah and her parents begin packing to leave the house.

It is then revealed that the police actually shot Hannah’s boyfriend, who David had tied up in the attic. David is still in the house and he abducts Hannah. Melanie and John soon realize Hannah is trapped within the walls. They try to rescue Hannah and, although they free her, David kills them both. Hannah is wounded in her escape and is crawls towards the front door. As she reaches it, David appears and grabs hold of her leg, pulling her into his arms. The film ends with Hannah screaming, her fate uncertain. The movie then contains text telling us that ever since the housing crisis of 2008, squatters living hidden in homes have increased exponentially. 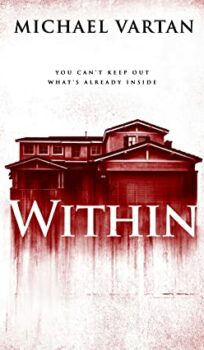