Stewart Swinton (sleazy, manipulative James Spader) and Will Randall (Jack Nicholson) battle mano-y-mano as werewolves after Swinton follows Laura Adler (Michelle Pfeiffer) back to her father’s (Christopher Plummer, Will’s arrogant boss) estate. Laura has fallen in love with Will and Will’s newfound aggressive tendencies thanks to the werewolf’s bite that Will suffered days before on a lonely Vermont road has made Will a big man at Laura’s father’s publishing firm and forced Swinton out of his job. Swinton had earlier forced Will out of his job and was sleeping with Will’s wife. When Will finds out about the two by smelling Swinton on his wife’s clothes, Will confronts the two at Swinton’s apartment and bites Swinton on the hand. Swinton begins his transformation, noticeable by heightened senses, green eyes with dilated pupils and enhanced physical prowess, kills Will’s wife (Kate Nelligan) and frames Will for the murder. When Laura attempts to give a statement to a skeptical policeman (Richard Jenkins, now seen on “Six Feet Under” as Nathaniel Fisher), she sees Swinton there and flees back to the estate where Will is locked in a stall in the stable and is wearing an amulet that is supposed to inhibit his transformation. Swinton follows Laura back to the estate, kills the security guards and attacks her in the stable. Will sees the attack taking place, takes off the amulet and Will and Swinton go at it. Laura eventually shoots Swinton to death when Swinton lunges at Will’s back with a pair of hedge clippers after Will throws Swinton across a courtyard into a concrete staircase and thinks Swinton is dead. Swinton reverts to human form upon dying. Will, as a werewolf, recognizes Laura, holds her hand for a moment and then runs off into the forest. When the police arrive, a much more beautiful looking Laura states that Will has flown out of the state and that Swinton killed the guards. Actually, Laura was bitten during the fracas and is undergoing the first stages of transformation into a werewolf. She walks out into the woods, her eyes turning green and her pupils dilating and she hears Will, who has now completely transformed into a huge black wolf with green eyes, howling in the distance. 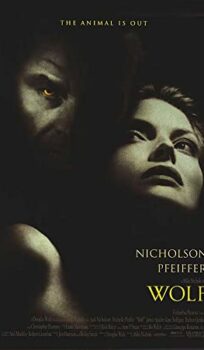