POOPER:
Diana verbally proclaims the renouncement of her wish to have Steve Trevor back to that her powers may be restored. She fights Barbara Minerva, fully realized as Cheetah through the mythical influence of Maxwell Lord. Diana uses the lasso of truth to show the world through Lord that they must renounce their wishes. Thinking of his son, Lord renounces his wish. People throughout the world take back their wishes, and Barbara returns to normal.

LONGER VERSION: (Thanks to Jeremy for the Longer Version!)
Diana Prince/Wonder Woman now lives in 1984 working in the Smithsonian in Washington DC. After meeting shy Dr. Barbara Minerva, they come across the Dreamstone, which grants the holder any wish, but at a personal cost. Barbara wishes to be as strong, beautiful, and confident as Diana, while Diana wishes to see her former love Steve Trevor. Meanwhile, aspiring oil baron Maxwell Lord wants the Dreamstone for more sinister purposes.

Diana’s wish is granted when Steve’s spirit inhabits the body of another man. Barbara also achieves greater strength and agility while also taking on a more confident appearance. Max steals the Dreamstone from her and wishes to possess its power, allowing him to grant wishes to others. It gives him more power but also takes a toll on him physically, yet his company grows and he profits from it.

Diana and Steve try to stop Max but learn that they have to stop him by having him and everyone else renounces their wishes, even if it means Diana loses Steve and Barbara loses her powers. Barbara joins Max and is granted superhuman abilities, turning her into The Cheetah. Max gains access to a satellite that allows him to broadcast a signal across the globe to grant wishes to everyone. After realizing her wish has been draining her of her powers, Diana must say goodbye to Steve for the last time and renounce her wish.

Diana fights Cheetah and defeats her before getting to Max. She uses the Lasso of Truth to get everyone around the world affected by his powers to renounce their wish, and Max sees his son Alistair caught in the chaos he has caused. He renounces his wish and gives up his powers to reunite with Alistair.

Diana continues to be on her own but now has a stronger sense of hope for the future of mankind, and she continues to devote her life to protecting people. 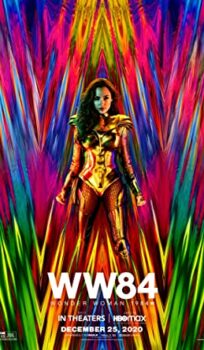