A former criminal named H (Jason Statham) takes a job as an armored truck guard to find the men responsible for killing his son during a previous truck robbery. After an unrelated group attempts to rob the truck, H kills all the men and is commended by the company’s CEO, although some of his coworkers become suspicious.

The crew that pulled off the first robbery work for a man named Jackson (Jeffrey Donovan), and one of his men, Jan (Scott Eastwood), killed H’s son Dougie and shot H during the first robbery after Dougie saw Jan’s face when he killed two guards. The crew has a man on the inside, Bullet, who also trained H. They plan to stage one last heist of $150 million. H kills most of Jackson’s men, but Bullet reveals his true nature and shoots H. Just when it looks like they might get away, Jan kills Jackson and Bullet before making off with the money.

H eventually finds Jan and gives him Dougie’s autopsy report to show where he was shot, and H proceeds to shoot Jan in those same spots until he is dead. H leaves the money to be recovered by an FBI agent. 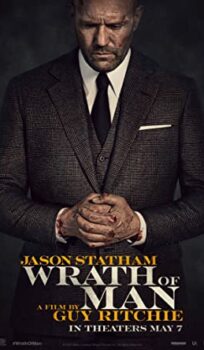