All of the kids die expect for Chris Finn (Desmomd Harringtion) and Jessie Burlingame (Eliza Dushku). Chris tracks the mountain men back to the cabin where they are holding Jessie. Chris and Jessie blow up the cabin. then get in the mountain men’s truck and drive off. We then see Chris stop at the gas station from the beginning of the movie, and steal the map that led them to the death trap. Just as the credits start rolling, we cut back and see another cop searching through the burned down cabin, where he finds his gutted partner. We see a shadow from behind and as he turns around, he finds one of the burned mountain men with an axe, still alive somehow. The mountain man swings his axe at the cop with a haunting laugh. 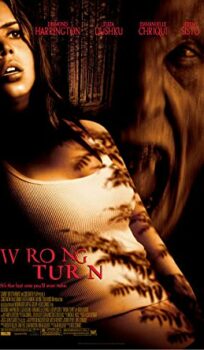