Ryan (Leslie Nielsen) saves U.N. Secretary General McKintyre (Gerard Plunkett) from Lauren (Kelly LeBrock) and Sean (Aaron Pearl) and their group of “freedom fighters”, and then U.S. marshals – led by Lieutenant Falls (Richard Crenna) – arrive and arrest the antagonists. Before taking Lauren and her men away, Falls tells Ryan that he has indeed been wrongfully accused of murdering Hibbing Goodhue (Michael York) (though it is never explained why Lauren had Sean kill Hibbing, or what Hibbing’s connection was to McKintyre).

Ryan and Cass (Melinda McGraw) go on a cruise together, where as they mimic the iconic scene from Titanic on the bow of the ship, their heads both hit a low bridge, knocking them out. 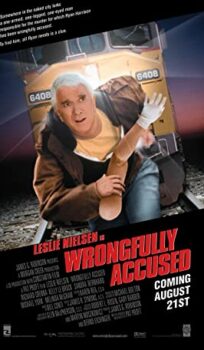