Wolverine (Logan) and Sabertooth (Creed) find out early on that they’re mutants, leave home, fight in every major war since the Civil War, and eventually found out and arrested. They opt to join a team led by William Stryker.

Wolverine works for Stryker a while but can no longer take the violence and quits.

After living in Canada for a few peaceful years, Sabertooth shows up and kills his girlfriend, Kayla.

Wolverine chooses to join Stryker so that he can be made stronger (with Adamantium) so he can avenge Kayla, but soon discovers it was all a trick to get him to undergo the procedure, so Stryker can get information and tissue samples needed to make a super mutant – Weapon XI.

Wolverine finds Gambit, who had escaped from Stryker’s secret base, and eventually gets him to lead him back to the island. Wolverine gets to the island, finds out that Kayla had been working for Stryker the whole time, but she still loves him.

Wolverine, along with Kayla help all the mutants escape, and end up fighting Weapon XI, who is actually a transformed Wade Wilson (Deadpool). Wolverine is finally able to kill Deadpool after a long battle with the help of Sabertooth.

The mutants escape outside to find Professor X who has come to rescue them. Wolverine picks up an injured Kayla and walk off into the sunset, except Stryker is still alive and shoots Wolverine with adamantium bullets, wiping his memory. Wolverine comes to, forgets everything, even Kayla, who is now dead.

He leaves in pursuit of his past.

Rick adds…
“These are the bonus scenes that are shown during the credits.”

(Stryker)
Colonel Stryker is walking along a deserted road. He is disheveled and his shoes are worn through (indicating that he has been following Kayla’s command to walk until his feet bleed). An armored Military Police vehicle pulls up behind him. An officer gets out of the vehicle and demands to know if he is William Stryker. The officer then says “You’re wanted for questioning in the death of General Munson.”

(Weapon XI)
In the rubble of the collapsed tower, Weapon XI’s blade retracts into his arm. His hand reaches through the wreckage until it grabs his head. The eyes open and he whispers “Shhhh”. 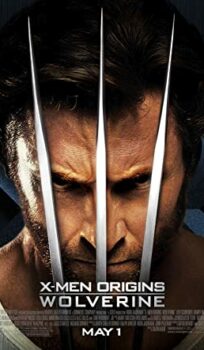