The movie deals with two plots. One about the cure for mutants, the other about Jean’s dual personality.

Magneto sets to destroy Leech with his army of other mutants, excluding Mystique as she is cured by an accidential shot of Anti-Mutant.

At last, Magneto is injected with Anti-Mutant by The Beast and Wolverine kills Phoenix with his claws, thereby killing Jean.

The movie ends with Magneto sitting in a park playing chess alone, moving chess pieces with his power (either what is left behind or are his powers returning to him?)

After the credits we learn that Xavier has put his consciousness into a catatonic patient. 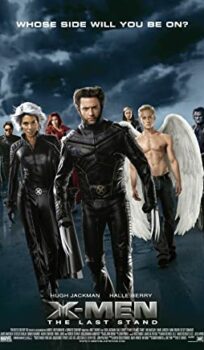