Yogi, Boo Boo, Rachel and Ranger Smith find and rescue the rare frog-mouthed turtle, which provides proof that Jellystone Park must be preserved. The mayor and his staff take the turtle away, and the mayor smugly tells them that he cares nothing about the park, the turtle, or the environment. All that matters to him, he says, is power.

The hidden camera inside Boo Boo’s bow tie captures everything the mayor said, and Ranger Smith broadcasts the mayor’s smug rant at the mayor’s campaign rally. Meanwhile, the turtle escapes from the mayor’s aide, and makes his way back to the rally. The mayor is destroyed politically, and the park is saved.

The frog-mouthed turtle becomes a popular tourist attraction, and the park draws more visitors than ever. Rachel and Ranger Smith fall in love, and Yogi steals multiple picnic tables filled with goodies, as the credits roll. 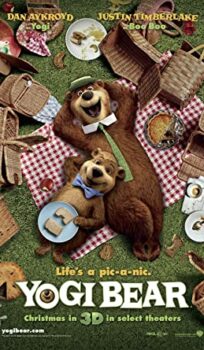