Marni (Kristen Bell) proves to everyone what a bully Joanna (Odette Annable) was in high school, but ends up alienating her brother, Will (James Wolk), who runs out of his own rehearsal dinner, saying he can’t believe how immature they both are and that he doesn’t want anything to do with either of them.

Meanwhile, Ramona (Sigourney Weaver) and Gail (Jamie Lee Curtis) argue and all their old high school issues come up. It turns out Ramona was always jealous of Gail and got tired of being second best. When Gail went to prom with the boy she liked she decided she’d had enough and shoved Gail in the pool at prom. Gail apologizes for not realizing that Ramona had felt that way and for not being a more understanding friend. They make up.

Later, Marni finds Joanna sitting in front of the refrigerator in her wedding dress, which is now covered with junk food. Joanna tells Marni that she had realized what a mean person she was in high school and been trying to atone for it ever since–hence all the charity work. She genuinely loves Will and wants to marry him, but when Marni showed up she got so desperate to keep her bully past hidden that she ended up turning into her old self again. She genuinely apologizes for all the bad things she did to Marni, who agrees to help her get back together with Will.

Marni sees how in love Will and Marni are as they interact from their hospital beds and shows up the next day with Joanna’s wedding dress (miraculously clean of all the junk food) and a makeshift reception hall in the hospital cafeteria. Will and Joanna get married and everyone dances to Hall & Oates, whom Marni has hired to perform the couple’s song.

Lastly, Grandma Bunny (Betty White) tells Marni that Charlie (Sean Wing) is clearly into her, so Marni goes to talk to him at long last. Bunny then runs into her own high school nemesis (Cloris Leachman), and steals a dance partner from her. They glower at each other as the screen fades to black. 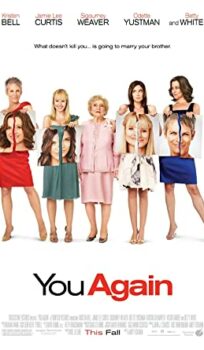