Pooper:
Nick evades the police long enough to get Sheeni to fall in love with him (and not his fantasy personality, Francois). Although he’s arrested at the end of the movie, Sheeni promises to wait for him (and animations during the end credits suggest she does).

Long Ending:
Nick Twisp (Michael Cera) is a depressed virginal teen. His parents are divorced, and neither pays much attention to Nick. His mother Estelle (Jean Smart) depends on her ex’s child support and the income of her shady boyfriend Jerry (Zach Galifianakis). His dad George (Steve Buscemi), rarely sees his son and is dating a much younger woman.

Nick’s life changes when Jerry takes them to live in a trailer park while hiding from some Navy soldiers he scammed. Nick meets (and quickly falls in love with) Sheeni Saunders (Portia Doubleday), an intelligent Francophile trapped in her parents’ ultra-religious household. Although Sheeni has an older boyfriend named Trent, Nick is eventually able to win her over after he buys her a dog. When it’s time to return home, Sheeni refuses to wait for Nick. The pair concoct a plan to have George move to Sheeni’s town and for Nick to cause so much trouble that his mom kicks him out and he has to move in with his dad.

Shortly after returning home, Jerry dies suddenly, and Estelle begins dating an equally shady police officer named Lance (Ray Liotta). Though Sheeni manages to find a job in her town and trick George into taking it, Nick isn’t able to think of any hijinks serious enough to get Estelle to kick him out. Nick then creates an alter ego named Francois (who Sheeni said would be the name of her future French husband), who is immoral, European, and aggressive. “Francois” convinces Nick to set Estelle’s car on fire. Through a series of missteps, Nick’s efforts result in the car blowing up in the middle of town and setting nearby buildings on fire. As a result, Lance hides that Nick was the culprit, and Estelle sends Nick to live with George.

When Nick arrives back in town, he confesses to Sheeni what he did to get to her. Sheeni’s mom overhears and sends Sheeni away to a French-inspired boarding school to keep them apart (the same school Trent attends). With Francois’ encouragement, Nick steals George’s car and follows her to the school, where they almost have sex until the dorm head catches them. Nick/Francois then manipulates one of Sheeni’s classmates to get Sheeni expelled so she returns home (and also has the classmate spread malicious rumors about Trent).

As Nick/Francois’ pursuit of Sheeni continues, things continue growing out of hand. He gets in a physical fight with George and steals his car (and George calls the cops on him), Lance breaks up with Estelle and tips the cops off that Nick caused the explosion, and Trent (who uncovered Nick’s machinations) comes to town to expose Nick for all he’s done. After Nick unsuccessfully attempts to fake a suicide, he flees from the cops and sneaks into Sheeni’s home, where he confesses everything to her. Charmed by what she perceives as Nick’s romantic gestures, she embraces him and says he is her Francois. Nick responds that he is Nick, not Francois, and that he did it all for her. The two then have sex before the police show up to arrest Nick. As the police take Nick away, Sheeni promises to wait for him. Animated scenes during the end credits suggest that Nick serves only a short time in jail, that Sheeni stays loyal to him, their families accept their relationship, and they move to France.

There are small roles and cameos for Fred Willard, Adhir Kalyan, Rooney Mara, and Justin Long. 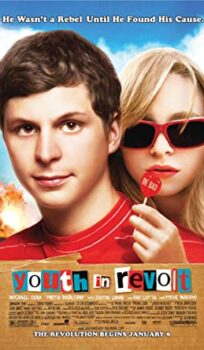