Pooper:
Beth attempts suicide in order to destroy Z. As a result, she manages to save her son Joshua. The attempt leaves her catatonic, and it is implied that Josh is still in contact with Z.

The imaginary friendship goes sour as Joshua starts acting out. He is eventually suspended from school for misbehavior. Beth takes Joshua to her childhood therapist named Dr. Seager (Stephen McHattie), who says that Joshua seems OK. However, when Joshua refers to his imaginary friend as Z, the therapist winces. Beth also begins experiencing supernatural things.

In an attempt to help Joshua socialize, Beth arranges a playdate. The mother of Joshua’s friend tells her that Joshua was threatening to mutilate animals in school. Suddenly, Joshua’s friend is thrown off the top floor of their house. Joshua blames it on Z. After this, everyone cuts Joshua out of their lives. Meanwhile, Joshua draws a picture Z on his wall. Z is a horrific monster.

Beth’s mom passes away. As Beth goes through her mom’s stuff, she finds a videotape of family memories. In it, Beth sees her younger self talking to an imaginary friend…. named Z. After this revelation, an old toy of hers delivers the message, telling Beth to “imagine Z.” Beth does so and briefly sees Z standing in front of her.

Terrified, Beth reaches out to Dr. Seager and sets up an appointment. He reveals that he treated her as a child when her father became convinced that Z was real. He shows Beth another tape wherein she says she plans to marry Z when she grows up. Realizing that Z is back for her, Beth rushes back home. When she arrives, she finds Kevin murdered and the house ablaze. Z drags Joshua into the inferno. Beth promises to keep her promise to Z if he will let Joshua go. Z complies. Beth and Joshua escape the house just before it is fully consumed in flames.

Beth drops Joshua off at her sister’s house and then moves into her deceased mom’s home to be with Z. She unearths another repressed memory of her dad having committed suicide when she was a child in an effort to stop the monster. Z imposes its will on Beth – forcing her to marry it and to cut off contact with all other people. However, when Z discovers Beth is still secretly in touch with Joshua, it leaves the house to get rid of its competition for Beth.

Dr. Seager shows up at the house with the police and tells Beth that only she can stop Z as it exists only in her head. Meanwhile, Z coaxes Joshua into playing on train tracks as a train draws close. Knowing her son is in danger, Beth hangs herself just like her dad had done. This seems to banish Z and Beth’s sister saves Joshua from being hit by the oncoming train. The police manage to cut Beth down in time to save her life, but she is left in a catatonic state. The film ends with Beth’s sister taking care of Beth and Joshua. As Joshua lays in bed, he whispers good night to all the members of his family…. and to Z. 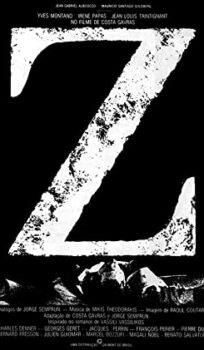