After the death of Superman, the power of the Mother Boxes is awakened. They are sought after by a villain known as Steppenwolf from the planet Apokolips, working under his leader, Darkseid, to retrieve the Boxes and control the population. Bruce Wayne/Batman (Ben Affleck) assembles the Justice League with Diana Prince/Wonder Woman (Gal Gadot), Barry Allen/The Flash (Ezra Miller), Arthur Curry/Aquaman (Jason Momoa), and Victor Stone/Cyborg (Ray Fisher).

Steppenwolf gets the first box from the Amazons in Themyscira and the second from the Atlanteans. The third is with Cyborg since his father Silas used the box to build him his body after a terrible car accident. The League plans to resurrect Superman with the third Mother Box, so they dig up his body and take it to the Kryptonian ship kept by STAR Labs. It works, but Superman doesn’t remember who he is and attacks the heroes until Lois Lane shows up. Steppenwolf then takes the last Box after Silas dies super-heating it so that Cyborg can track its location.

The League tracks Steppenwolf down and battles him and the Parademons. Superman joins the fight and helps them destroy the Mother Boxes before Aquaman and Wonder Woman kill Steppenwolf and send his body back to Darkseid through a portal.

The League goes about their lives, with Superman returning to his civilian life as Clark Kent with Lois and mother Martha, while Bruce and Diana make bigger plans for the League. Bruce has a nightmare that Darkseid succeeds in the future and corrupts Superman, leading to Wonder Woman, Aquaman, and Lois’s deaths, and his team-up with Flash, Cyborg, Deathstroke, Princess Mera, and even The Joker. Bruce is contacted by Martian Manhunter to maintain contact to prepare for Darkseid’s inevitable return. 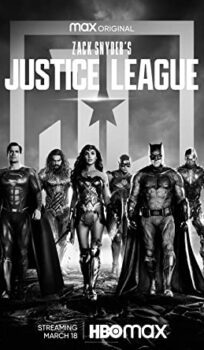