The story is told as a modern day documentary of events from the 1920s and 30s.

Leonard Zelig (Woody Allen) suffers from a disorder that allows him to physically change his look and personality in order to fit in with others.  He turns Asian when around Asian people, fat when around obese people, etc.  Due to this disorder, he is sent to a mental hospital, where he first meets his doctor, Eudora Fletcher (Mia Farrow).  She diagnoses his problem as a psychological disorder, but her colleagues disagree.  They don’t know what his problem is, but it isn’t psychological.

Word of this “Chameleon Man” spreads and Leonard becomes a national sensation, becoming the subject of songs, dances, and movies.  His sister and her boyfriend check him out of the hospital and begin to parade him around the world like a sideshow freak, much to the dismay of Eudora.  During the tour, the boyfriend kills Leonard’s sister, then himself, following a lover’s quarrel.  Leonard then disappears, only to turn up several months later at the Vatican while attempting to attack the Pope.  He is returned to the mental hospital, and Eudora resumes her treatment of Leonard.

She decides to take Leonard out of the hospital and to her house in the country to continue her treatment without interference and distraction.  During the therapy sessions (usually under hypnosis), Eudora learns why Leonard changes.  He was neglected as a child, and just wanted to be liked and fit in.  This ultimately led to the physical changes, which he cannot control and has no memory of after he changes back.  While under hypnosis, Leonard also confesses his love for Eudora.  These sessions are a breakthrough, and Leonard eventually develops a personality of his own and stops changing.  Eudora falls in love with the “new” Leonard and agrees to marry him.

After the impending marriage is announced, women start coming forward claiming that they are married to Leonard and he is the father of their children.  The allegations turn out to be true, and Leonard is condemned as a bigamist, even though these marriages occurred while Leonard was living as other people.  While fighting his legal troubles, Leonard starts changing again, and eventually disappears.  Several months later, while at a movie theater, Eudora sees a news reel short about Adolf Hitler and the rise of the Nazis in Germany.  In the news reel, she sees Leonard in a crowd shot, and he is now a Nazi!

Eudora flies to Germany to find Leonard.  She eventually finds him at a Nazi rally and waves to him.  Her appearance causes Leonard to change back to his normal self and he waves back to her, which interrupts Hitler’s speech.  Eudora and Leonard flee from the Nazis and return to the US, where they receive a hero’s welcome.  Leonard and Eudora settle the legal troubles and marry.  At the very end of the movie, it’s revealed that they lived a long and happy life together, and Leonard ultimately stopped changing for good. 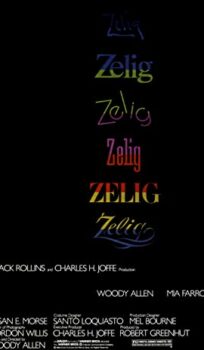