After years of dead ends and even more terrorist attacks, Maya (Jessica Chastain) finally gets the break she has been looking for in the search for bin Laden. The information directs her towards a compound that is well protected from surveillance. However, some satellite surveillance reveals that three females live at the compound, but only two males have been seen. As with Muslim culture, this means there must be a third male living there. Maya believes this third male who never reveals himself to be bin Laden. After some argument on whether it is bin Laden or some other high value target, a strike team is sent in.

There is trouble with one of the helicopters, and it crashes in the courtyard of the complex, though no one is seriously hurting. The team infiltrates the compound, working their way methodically through reinforced and locked doors. They take out two males who have guns and a female who makes a grab for a gun. On the top floor, a man makes a move behind a door and is fired upon. After entering the room, the man is revealed to be bin Laden. The SEALs fire on his body a few more times to make sure he is dead, then go about attempting to confirm the identity.

Meanwhile, other SEALs are pulling hard drives and files from an office in the compound. They get the word that the Pakistani’s have scrambled jets and are on their way to the compound. The SEALs get bin Laden in a body bag and take all the files and drives they can, and hustle out of the compound. The downed helicopter is rigged with explosives and blown up before the Pakistani’s arrive. The team is evacuated on another helicopter with no casualties on the American side. Maya is relieved that the mission was successful, and boards a military plane, alone, to finally head back to the United States. 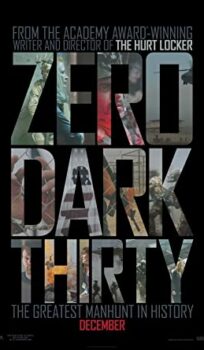