A couple of truckers accidentally hit a deer and, inadvertently, release a barrel containing a biohazard chemical into a local river. The chemical causes beavers to become more aggressive. Three girls, Jen, Mary and Zoe, arrive at a house, which is located right across from where the chemical was released. They are joined later by their three male friends. The next day, they are attacked by the zombie beavers (zombeavers). Anyone who is scratched by these beavers begin to change into a zombie beaver themselves. In the end, Zoe and Mary escape, but when Mary begins to change into a zombie, Zoe kills her. Zoe reaches the road and tries to flag down a passing truck, being driven by the same truckers who released the chemical. They accidentally run Zoe over.

In a post-credits scene, a bee is seen by one of the zombie carcasses. It flies away and returns to its hive in a zombified state. 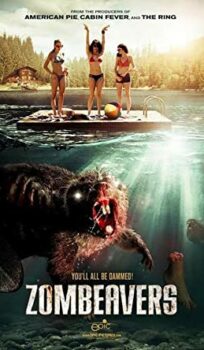