In a dystopia future (where Bush has been elected to a fourth term, trampled on the constitution and is at war with Iraq, Afghanistan, Libya, Iran, Syria, Lebanon, Venezuela, France, Canada, Pakistan and Alaska) there is a plan for meeting military recruiting goals by…..reanimating the dead!
No, really!

The experiment goes awry and Z squad goes to clean it up.  One member is infected, and once he becomes a zombie goes to a strip club.
No, really!

The other strippers become zombies and things get out of hand.   Z squad shows up to save the day and we learn the truth, the zombies were created to play the fear card and make money for the rich. 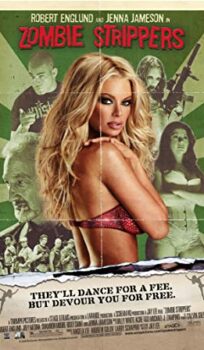