Officer Judy Hopps (Ginniger Goodwin) discovers where all the missing animals are: Mayor Leodore Lionheart (JK Simmons) has been keeping them in confinement because, somehow, they have all become vicious and violent. The mayor is arrested, and replaced by his sheep underling Dawn Bellwether.

At a press conference, Judy reveals that all of the missing animals were from formerly predatory species, and speculates that predators may be returning to their old, bloodthirsty instincts. Nick Wilde (Jason Bateman), the fox who had helped Judy crack the case, is offended and abandons her.

A heartbroken Judy returns to her parents’ farm, where she discovers the real reason predators in Zootopia were becoming violent: they were exposed to flowers known as “night howlers.” Judy finds Nick, and they track down Duke Weaselton, a petty thief who had been caught earlier with a stolen basket of flower bulbs. Duke had sold the bulbs to criminal rams who wanted to raise night howlers and use their extract to make predators go crazy.

Nick and Judy find the lab in an abandoned subway car. They commandeer the car, with rams in hot pursuit. They eventually discover that Dawn Bellwether was the mastermind of the whole plot: she was shooting predators with capsules filled with night howler juice, to discredit Mayor Lionheart and allow her to take control of Zootopia. Dawn shoots Nick with the juice, thinking he will kill Judy for her… but Nick and Judy had replaced the night howler capsules in her gun with blueberries from Judy’s parents’ farm. Dawn and her cronies are arrested, and all animals learn to live in peace and harmony again.

And in the end, the formerly dishonest Nick becomes the first fox ever to join the Zootopia Police Department. 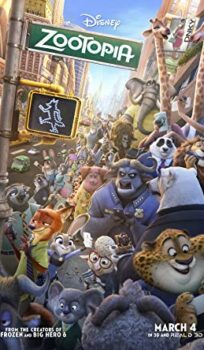