Years after Jake Sully joined the Na’vi as chief of the Omaticaya clan, he has built a life and family with Neytiri and their kids Neteyam, Lo’ak, Tuk, and Kiri (who is actually the biological daughter of Grace Augustine’s Na’vi Avatar), along with a human boy called Spider. The RDA return to disrupt their tranquil existence by colonizing Pandora and forcing the Na’vi to relocate, with Jake leading warriors to fight them and wreck their supply lines. This forces the RDA to awaken the Avatars of their deceased mercenaries, led by the newly resurrected Colonel Miles Quaritch, who has his eyes set on revenge against Jake.

After the villains threaten Jake’s family and home, he takes them from the forest and moves them to the eastern seaboard of Pandora to the home of the Metkayina clan, who have a deep connection with the underwater life. Jake’s children, Lo’ak in particular, bond with Tsireya and Aonung, the children of the Metkayina’s chief Tonowari and his wife Ronal. While the Metkayina are initially distrusting of the Omaticaya, they teach them their ways and welcome them to their home. Kiri also discovers that she has a deeper power and connection with the creatures.

Quaritch and his team work with whalers to hunt the Tulkun, creatures that the Metkayina have deep connections with. Lo’ak bonds himself with Payakan, a Tulkun that is considered an outcast. When Quaritch and his team begin to lay waste to the Metkayina homeland, Jake and Neytiri are forced to fight back. The kids go to warn Payakan, leading to their getting captured. Payakan helps the Na’vi fight back, with many of the whalers getting killed, but Neteyam is fatally shot. Jake goes after Quaritch, who has taken Kiri and Tuk hostage. Neytiri kills the rest of Quaritch’s team before threatening Spider’s life to save Kiri, and Quaritch relents since he is the boy’s father. Lo’ak and Kiri help their family get to safety, while Spider saves Quaritch but abandons him for his cruelty.

Jake and his family are accepted by the Metkayina and are allowed to stay. He and Neytiri can see Neteyam by connecting themselves to the Metkayina Tree of Souls. 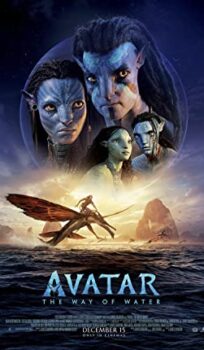