One day, Frank (Danny Trejo) checks out Klondike’s (Harrison Page) flash drive with help from Amber’s (Joyful Drake) son, Martin Jr. (John Duffy), and he finds that it contains information about how Mayor Williams (Ron Perlman) plans to force people in his neighborhood out of their homes so he can drill for oil, and that he has paid Panther (Charles S. Dutton), the boss of a dangerous street gang, to speed up the process by raising crime in the area. Unbeknownst to Frank, Klondike ran with Panther’s gang, but he hated Williams’ and Panther’s plan once he got wind of it, so he put all of the information pertaining to it onto the flash drive so he could use it against them in the near future. However, Panther found out about what he took and ordered Terence (Erik Betts) and Sebastian (Craig Johnson) to confront him and take the flash drive by force, but they wound up killing him without obtaining it. Later that night, Frank’s search for Terence comes to an end when he tracks him down to the home of Tatiana (Winter Ave Zoli), a woman he has been having an extramarital affair with. After they have a brief scuffle that sees Terence accidentally shoot and kill Tatiana, Frank gets the better of Terence and starts to torture him for answers. Terence tells him that Sebastian was the one who shot Klondike and that they had confronted him on Panther’s orders, and both Panther and Sebastian will be at the Bergamont Loft tomorrow night.

As Frank is returning home, he saves Amber from her abusive husband Martin Sr. (Chris Spencer), and he makes him leave her house and her life for good. She makes Frank dinner to show her gratitude, and they grow closer to the point where they almost kiss, but they get interrupted by Martin Jr. The following night, before Frank heads to the Bergamont Loft, he finds his policeman friend Malark (Patrick Fabian) and gives him the flash drive, telling him that the information on it was important enough to get Klondike murdered and he had better show this to no one. When Malark asks what he is up to, Frank refuses to provide any details, only telling him to take care of his dog Baxter should anything happen to him.

Frank walks straight through the front door of the loft and finds himself confronted by Sebastian and another thug, and he tells them that he is looking for Panther. Panther then appears and demands for him to hand over the flash drive, and Frank responds by throwing a punch at him, but Panther evades it and knocks him out. When Frank regains consciousness, he finds that Panther has tied him up and attached an electricity-fueled torture device to him. Panther first tries to offer Frank a place in his deal with Mayor Williams, but Frank flatly refuses this, after which Panther has him shocked a few times to try to make him give up the whereabouts of the flash drive. Frank toughs it out and doesn’t confess, all the while secretly cutting through the rope keeping his hands tied behind his back with a spur on the metal support beam behind the chair he is sitting on. Panther soon loses his patience and has one of his goons take out Frank’s wallet so he can get his address, thinking that there may be something there that he can use to make Frank talk, and Frank indirectly reveals that Amber is there (he invited her to stay in his house until he could repair her front door, since Martin Sr. broke it down during their last fight). Panther tells him that he is going over there right now to check things out, and before he goes, he orders his men to keep pumping the electricity into Frank. However, Frank manages to cut through the last bit of rope, then lights a book of matches he took from Amber the night before and tosses it onto some nearby fuel drums, causing an explosion that kills Panther’s thugs and stuns Panther. Frank then starts to beat him up, but he gets a hold of a kukri knife and slashes Frank’s leg with it to make him collapse onto the floor, then runs away. Frank regains his footing and escapes the loft before it gets destroyed in a second blast, then he pursues Panther.

They first both commandeer buses from a nearby depot and have a wild and destructive chase through the streets until they both end up wrecking them in a train yard, forcing them to continue the chase on foot. Along the way, Frank encounters the two skinheads he beat up that got him his fame, and though they try to get revenge on him and get it recorded on their phone, he makes short work of them again and takes their phone so he can later post this new beatdown online. Panther arrives at Frank’s house and confronts Amber with a kitchen knife before ordering her to give him the flash drive, but having never seen it herself, she tells him that she doesn’t know anything about it. Panther then tries to attack her, but Frank appears and tackles him. They resume their fight, which spills out into the front yard, and Panther is able to gain the upper hand until Amber suddenly jumps on his back. Though he quickly throws her off of him, this distraction enables Frank to get back to his feet and beat Panther senseless. He and Amber then hug and head inside to tend to his wounds while Panther weakly asks for one of the several bystanders who watched the fight to call him an ambulance.

In the news reports aired over the next few days, we find out that Mayor Williams was arrested after Malark got the flash drive to the proper people (and it goes without saying that Panther and his gang were arrested as well). Frank is made an honorary police officer and appointed the head of community outreach, and he also settles into a new life with Amber and Martin Jr. While having dinner with them one evening, he tells them both that he has finally found the best day of his life. 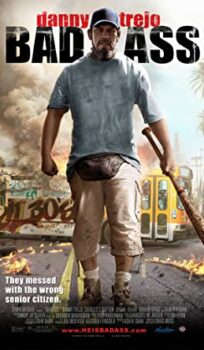