It is important to note that this movie, as well as the book it is based on, is not to be interpreted as a fact-based biography but as a fictional reimagining of the turbulent life of Marilyn Monroe. Also, the movie follows a non-linear structure that does not allow room for real surprises since we do know about Monroe’s demise.

Marilyn Monroe (Ana De Armas), born Norma Jeane Mortenson, lives a traumatic childhood due to an absent father and a mentally unstable mother, Gladys (Julianne Nicholson), who assures her that her father is an important figure in Hollywood. After Gladys tries to drown Norma Jeane (Lily Fisher) in her bathtub and their house catches fire due to nearby wildfires going out of control -the images of the house burning down become a recurrent motif throughout the movie, symbolizing the traumatic memory of her broken home-, their neighbors, Miss Flynn (Sara Paxton) and her partner, take her to an orphanage while Gladys is institutionalized.

Growing up, Norma Jeane modeled for magazines and calendars and acquires the pseudonym of “Marilyn Monroe.” Eventually, she breaks into movies, but not without being raped beforehand by a big studio executive, “Mr. Z” (David Warshofsky). As her fame as an actress grows, she also gets involved simultaneously with Cass Chaplin (Xavier Samuel) and Eddy Robinson Jr. (Evan Williams), and becomes pregnant from one of them; however, she makes the painful decision of having an abortion out of fear of her child inheriting Gladys’s mental issues.

Later, she meets “The Ex-Athlete” (Bobby Canavale). They become a couple and get married, but her fame continues to grow to international proportions -especially after films like “Gentlemen Prefer Blondes” and “The Seven Year Itch,” which features her iconic windblown white dress image-her marriage falls apart to the point that he turns violent and abusive towards her. They end up divorcing. When she auditions for a New York play called “Magda,” she meets The Playwright (Adrien Brody), who, despite not being totally impressed with her, gives her a chance and discusses the role with her. They enter into a relationship and get married, moving to Maine. Her newfound happiness is short-lived when, having become pregnant from him, she suffers an accident that causes her to miscarry.

Several times throughout the movie, Marilyn idealizes an encounter with her alleged father, based on letters she keeps receiving, seemingly from him -always signed “Your Tearful Father”-. Also, repetitive images of unborn fetuses communicate with her, all of which end up bloodied and brutalized.

Marilyn decides to return to acting but grows increasingly unhinged and uncontrollable, and her marriage to The Playwright also disintegrates. The pressure of it all drives her to start abusing barbiturates and alcohol. After one particular flight to New York, where she passes out, she is hauled off by Secret Service Agents who take her to The President (Caspar Phillipson); while he is lying naked on a bed in a secret room behind the Oval Office, discussing some sexual assault allegations against him, he forces Marilyn to perform oral sex on him until he orgasms in her mouth, calling her repeatedly “a dirty slut” the whole time, and then rapes her. The shock makes her vomit on his bed; under a drug haze, she dreams of having another abortion performed on her, before being returned to her L.A. house.

One day, she gets a phone call from Eddy, who informs her that Cass died and left a package to be sent to her, which she reluctantly agrees to. As it turns out, the package contains the plush tiger stuffie from her time with both men and a card with the message “TEARFUL DADDY NEVER EXISTED. LOVE, CASS.” The whole time, the alleged letters from her father were being sent by Cass to torment her for having left him.

Already in an extremely fragile emotional state, this cold revelation sends her over the edge, and she starts swallowing pills with alcohol until she overdoses and crashes into her bed. As she dies, she hallucinates about going to Heaven and her “father” lovingly receiving and embracing her. The last images of the movie show her beloved little dog, unattended, by her side while the night falls and everything goes dark around her dead naked body. 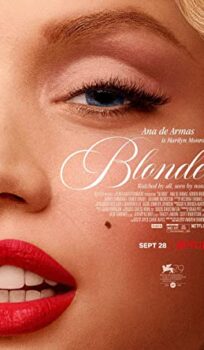