Married detective Hae-Joon (Park Hae-Il) falls in love with Seo-Rae (Tang Wei) while investigating the death of her abusive husband. After ruling the death a suicide and beginning a (platonic) relationship with her, he discovers that she did murder her husband. He orders her to dispose of the evidence and leaves her, telling her that the loss of his integrity as a police officer has shattered him.

Thirteen months later, Hae-Joon accidentally meets Seo-Rae again in Ipo, where he now lives with his wife. She has remarried to a stock analyst. Her husband is found murdered, and Hae-Joon is assigned the case. He tells Seo-Rae that this time he will arrest her if she is guilty. His investigation reveals that Seo-Rae’s husband was murdered by “Slappy,” the son of a woman defrauded by him after she died from an illness Slappy blames on the loss of her money. Hae-Joon discovers that Slappy had told Seo-Rae he’d kill her husband if his mother died and accuses Seo-Rae of killing Slappy’s mother. She confesses she did, saying she had asked her to because she was already dying. She tells Hae-Joon that her husband was jealous because he’d discovered she was in love with Hae-Joon, and that her love for him began when his for her ended. Hae-Joon’s wife learns about his past relationship with Seo-Rae and leaves him.

Seo-Rae commits suicide by digging a hole in the beach, entering it, and allowing the sand and sea to cover her. Hae-Joon stumbles around the beach searching for her as the tide comes in, about to dash him to death against the rocks. 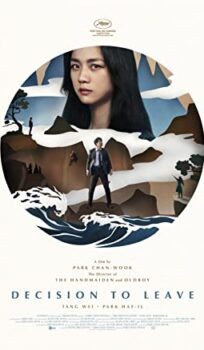