The two snipers are in actuality, two pre-teen thrill killers who apparently have devised a game in which all forms of life including human, is worth points. They kill two cops and chase Bea (María Valverde) and Quim (Leonardo Sbaraglia) through the woods.

Bea and Quim fall into a hole and Quim gets out to try and flank the snipers. He realizes too late that it was a mistake to do so, as the kids find Bea and kill her.

Having no choice but to face them, Quim is forced to kill one of the kids in self-defense. When the second kid sees his brother dead, he charges Quim. Quim restrains him, trying to reason with him, as he begins to realize it was the other boy’s idea for the game. The second kid continues to struggle until Quim loses control of him. The kid falls to the ground and his shotgun goes off, killing him.

Quim sits down and breaks down at the events that had occurred. 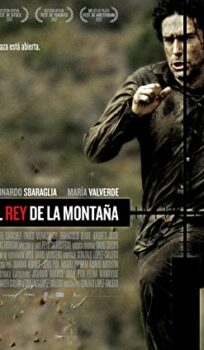