Just when it seems like Dom and Letty (Vin Diesel and Michelle Rodriguez) can finally settle down peacefully with Dom’s son Little Brian, their friends recruit them to locate their government buddy Mr. Nobody (Kurt Russell). The mission goes deeper when it’s revealed that their new enemy is Dom and Mia’s estranged brother Jakob (John Cena), whom Dom had sent into exile following the death of their father Jack since Jakob last worked on Jack’s car before the race that killed him.

Jakob and his associate Otto (Thue Ersted Rasmussen) are trying to get their hands on a superweapon called Project Aries, which would allow them to do something like control the world’s cache of nuclear weapons. The component to activating the device literally falls in the hands of a young woman named Elle (Anna Sawai), whose parents developed Aries and were killed when she was a child. She had been protected by Han (Sung Kang), who had apparently faked his death after working with Mr. Nobody. Dom gets help from nearly everyone he can (from Queenie Shaw to the gang from “Tokyo Drift”) to get close to Jakob, but Otto helps Jakob get out and takes both Elle and Aries.

The showdown takes place in Tbilisi as the villains activate the device. Tej and Roman are launched into space to destroy the satellite that connects Aries, while Otto betrays Jakob and is now working with Cipher. Dom and Mia rescue their brother while getting the truck containing Aries out of the city. Cipher sends a drone after Dom, but she ends up hitting and killing Otto, which in turn causes her drone to be destroyed, although she still escapes. Dom reconciles with Jakob, and he parts ways from Dom and Mia again.

The gang returns home to celebrate as an even bigger family, and they are even rejoined by Brian. 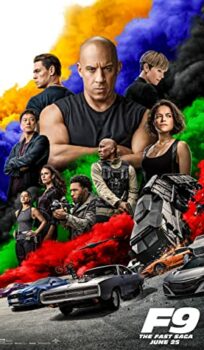