Andy and Vicky McGee (Zac Efron and Sydney Lemmon) were experimented on by Dr. Joseph Wanless, giving them telepathic abilities. Their daughter Charlie (Ryan Kiera Armstrong) was born with pyrokinetic abilities which have made her feel like a freak. Wanless’s successor, Captain Hollister (Gloria Reuben), enlists another experimented human, Rainbird (Michael Greyeyes), to go after Charlie.

Rainbird kills Vicky, forcing Andy and Charlie to run. They are briefly housed by a man named Irv, but he calls the cops on them after seeing news framing Andy as a criminal. Hollister’s men capture Andy, and also Rainbird for failing his task. After Charlie gets control of her powers, she goes to save Andy. However, he uses his mind-control ability to get Charlie to burn the whole facility down, with him and Hollister inside. After everyone else is dead, Charlie spares Rainbird’s life and he takes her away. 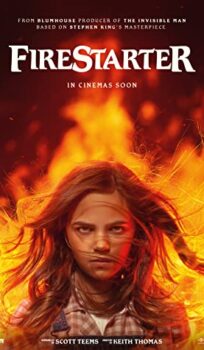