A woman named Madison Mitchell (Annabelle Wallis) has been suffering horrific visions of murders, finding herself at the scene of the crime while frozen in place and being forced to watch. This connects to a figure from her childhood called Gabriel, who appeared to speak to Madison like an imaginary friend and did evil things that she got blamed for.

As a child, Madison was placed in a hospital and was originally named Emily May. Gabriel is actually a parasitic tumor-like twin that was conjoined to the back of Madison’s head until he was surgically removed, but with a small piece of him left in case completely removing him may have killed Madison.

After Madison’s abusive husband Derek smashed her head against a wall, it woke Gabriel up, and he kills Derek plus the doctors involved in removing him from Madison’s body. He has been keeping her trapped in mind projections where she believes she is living normally at home while he is actually taking control of her body to carry out the murders.

After slaughtering a whole station of cops, Gabriel goes after his and Madison’s biological mother, Serena May. Madison’s adoptive sister Sydney and Detective Shaw go to the hospital to stop Gabriel, and while he almost succeeds in killing everybody, Madison manages to play his game and trap him in a mind prison of her own creation, ensuring that Gabriel will remain locked up in her head and unable to hurt anybody. Madison then goes back to help Sydney. 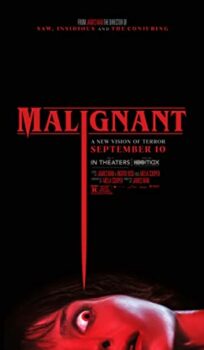