Casey (Deborah Foreman) eventually gets assigned to drive Battle (Sam J. Jones) up to Sonoma, much to their mutual displeasure since Casey drove him around once before and that ended on a very sour note. Along the way, the car overheats and breaks down while they are in a remote desert area, forcing them to go on a 25-mile trek towards a distant house to use a phone to call for help. Despite the journey being an emotionally tense one, they manage to reach the house after nightfall, and the hillbilly couple who live there invite them to spend the night there since their phone is broken and the phone lines won’t be up until morning.

Casey and Battle are set up in the spare bedroom, and Casey later tells Battle that she feels like she knows him every time she sees him. She also asks Battle for his name again (since he has never given it to her), but he still won’t tell her what it is. They soon get into another argument, which ends when Battle suddenly kisses Casey, and they have sex soon after. The next morning, Battle proposes marriage to Casey out of the blue, but she refuses because: 1) They hardly know each other, 2) She fears that he will become emotionally distant again if they do wed, and 3) Because he still won’t tell her his name when she asks for it again (nor will he tell her that his father, Mr. Witherspoon [E.G. Marshall], is the owner of the limousine company she works for). In the days that follow, Battle makes some positive changes in both his attitude and his life, and he continues to try to win Casey’s heart since he, too, feels like he has known her his whole life.

When Casey is assigned to transport Abdul (Teller), a wealthy Arab ambassador, to a meeting, a con man named Bone (Penn Jillette) enters the limo as Casey is picking him up and claims to be his bodyguard. He is then able to swindle money from Abdul and convince him and Casey to have a wild night on the town with him (which Abdul comes to greatly enjoy). The next morning, McBride (Howard Hesseman) reprimands Casey for not driving Abdul to where he was supposed to go and having the police and the Secret Service looking around all night for him, in addition to having him engage in debauchery, and then he fires her. Battle later finds her sulking outside, and after she informs him that she just lost her job, he tells her that he can get it back for her, then decides to introduce her to his father.

Upon meeting Mr. Witherspoon, Casey realizes that he is the “Mr. Roosevelt” who had sent her the letter requesting that she take the chauffeur job, and she enlightens Battle to this. Mr. Witherspoon tells Casey that he has been keeping an eye on her for a long time and they actually know each other, then encourages her to take a good look around the room they’re in. She soon remembers that she was here when she was very young; her housemaid mother had worked for Mr. Witherspoon, and she and Battle were playmates (hence why each feels the other is so familiar to them). Thrilled at this revelation, Casey embraces Battle and then proposes to him this time, but Mr. Witherspoon intervenes, saying that they can’t marry because they are actually half-siblings. He explains that, one weekend, Casey’s mother had a sexual fling with him while his wife was out of town, and he impregnated her with Casey as a result.

Suddenly, the kind chauffeur Jeremy (Sean McClory) enters the room and tells Witherspoon that he needs to hear something, then brings in Giles (John O’Leary), one of the other drivers who has been hostile to Casey since her first day on the job. He forces Giles to confess that Casey is actually his daughter; he was married to Casey’s mother, and she was already pregnant with Casey before her weekend fling with Witherspoon. Casey asks Giles why he never told her this, and he replies that he kept quiet so she would receive stable financial support as an heiress to Witherspoon’s fortune, considering himself unworthy. She tells him that all she wanted was a father, not money, and she gives him a hug to let him know that he is all right with her, and he returns it. Mr. Witherspoon asks Jeremy how he found this out, and he replies that he heard it from Casey’s mother, having had a past sexual tryst with her as well.

The movie ends with Casey and Battle getting married, and McBride is shown to be their limo driver, a comeuppance on him for his poor treatment of Casey. 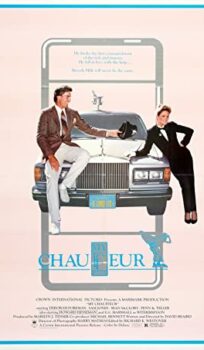