High school Senior Zoe Hull (Isabel May) finds herself in the middle of an active school shooter situation. She manages to escape the building but after seeing several people die, and knowing her best friend Lewis is still inside, instead decides to save as many people as possible.

In time, she takes the fight to the quartet of shooters, killing Anna, and capturing Kip. She convinces Kip to atone by helping end the siege only for Chris to kill him. Chris corners Zoe but her father Todd (Thomas Jane) is able to kill him. After disabling the group’s bomb, Zoe goes after Tristan, the ringleader, only for him to apparently kill himself in a suicidal explosion.

However, as she talks to her father, she sees Tristan fleeing and realizes he faked his death with an unwilling hostage. Taking her father’s rifle, she follows Tristan who is recovering a hidden cache of money and a passport. Tristan had apparently planned to sacrifice his accomplices so he could fake his death and start a new life, free of his infamy. Zoe shoots him and lets him bleed to death for his actions, pointing his location out to the police as she walks away. 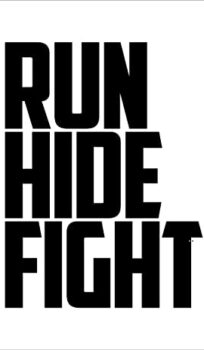