Miles Morales takes on duties as Spider-Man as Peter Parker is way on a trip. While he manages to win over a number of citizens in Harlem, he uncovers a conspiracy with a new corporation called Roxxon, along with its leader Simon Krieger. To make things harder, an organization called the Underground, led by The Tinkerer, is acting against Roxxon to steal their experimental drug, Nuform.

Tinkerer is Miles’s childhood best friend Phin Mason, who wants revenge because her older brother Rick worked with Roxxon and created Nuform, but after getting sick from it and trying to destroy it, Krieger had him killed, leading to Phin’s quest for revenge. Miles also faces off against Rhino and Prowler, who is his uncle Aaron Davis. Aaron is working for Roxxon as Prowler, but he tries to keep Miles out of harm’s way until Miles realizes that Phin’s plan to blow up the Nuform reactor will also cause Harlem to be destroyed.

Miles has his mother Rio and best friend Ganke get citizens to safety as he battles both Roxxon and Underground. He faces off with Phin and defeats her as the reactor starts to go critical. Miles absorbs the energy from the reactor, but it is too much for him to hold or release without killing everyone. Phin launches herself and Miles high enough for him to release it, which kills her but keeps everyone out of harm’s way. Rio, Ganke, and the other citizens find Miles safe and protect his identity.

Krieger is exposed and arrested while Aaron gets a light sentence for testifying. Rio is elected to city council as well. After Peter returns and commends Miles for his efforts on his own, Miles decides to take on his new duties while embracing his new city.

The credits reveal that Harry Osborn is being kept alive by the Venom symbiote, and his father Norman wants him awake. 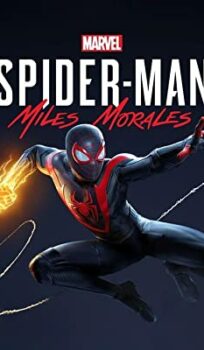