Neelyn (Vinnie Jones) is an enforcer for Harris (Malcolm McDowell) a London crime boss. They travel to West Virginia to seal an oil deal with Preston (Ron Perlman) a local oil baron and a long time friend of Harris after Harris made sure the drunk driver that killed Preston’s wife was dealt with. While the deal goes off without a hitch, complications ensue when Neelyn’s girl Fiona (Lenora Crichlow) goes missing, later found dead by Neelyn.

Eventually, Junior (Brandon Skelnar), the violent and entitled son of Preston is found to be responsible for Fiona’s death. Harris and Preston attempt to mediate the situation, with Preston punishing Junior by making sure he works around the clock until the oil job is done. Neelyn can’t let it go and storms the site with Will (Nicholas Braun) a former friend of Junior who switches sides after numerous beatings and threats to his girl, Kara (Leven Rambin), both by Junior. Will is forced to shoot Junior and Neelyn finishes him off by snapping his neck.

While Neelyn is hunted down by Milt (Bruce McGill), Harris and Preston have one last drink of friendship and kill each other in a duel. Milt gets the drop on Neelyn only to be shot dead by a local that became friendly with Neelyn. While a shootout occurs between the locals and Preston’s men (which Neelyn’s is implied among others not to survive), Will and Kara escape on Harris’ plane. Neelyn had given them information of a money nest egg Harris had kept in Panama. The plane takes off with the couple on it, allowing them to start over, away from the violence. 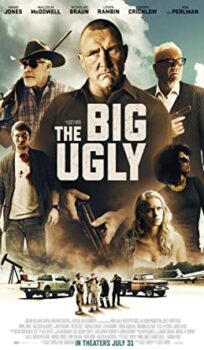