Acting on the tip by Emily (Emma Nelson) and desperate to reconnect with her sister Katie (Aisling Franciosi), Ruth (Sandra Bullock) reaches out to John (Vincent D’Onofrio), to see her options about it, but can’t get ahold of him; she decides to go to his house, where she is harshly confronted and scolded by his wife, Liz (Viola Davis). It is here she tearfully reveals -and we also see it in an extended flashback- that, actually, Katie (Neli Kastrinos, in the flashbacks) was the one who shot and killed Sheriff Whelan (W. Earl Brown), when he tried to enter the house through the basement and surprise Ruth; because Katie was only five years old and showed not having fully understood what had happened, Ruth made the painful choice of taking the fall and turning herself in for the crime, to protect her. Stunned, Liz has a change of heart and drives her to Katie’s recital.

Meanwhile, Steve (Will Pullen), already uneasy and agitated about what he mistakenly perceived as remorselessness from Ruth as grounds to get revenge on her, and having reached his limit when he saw that his wife Hannah (Jessica McLeod) was cheating on him with his own brother, Keith (Tom Guiry) -which leads to a violent clash between them-, decides to kidnap Katie; except that he mistakenly takes Emily.

As Ruth arrives at the recital, she receives a phone call from Steve, goading her to meet him. Without telling her why, Ruth gets Liz to drive her to the location, but, once there, Liz sees what is happening and calls the police. Guided by Steve over the phone, Ruth comes to where he is holding Emily. Once inside, as he expresses his intention to kill the girl, Ruth reminisces about how Sheriff Whelan had even considered, in kindness, giving both Ruth and Katie a space at his own house, before tragedy struck. When she shows true regret for how things transpired and the aftermath, Steve breaks down and loses the will to go through with it.

Police arrive; both Steve and Ruth are arrested. However, Ruth’s Parole Officer, Vincent (Rob Morgan), also shows up and has her released. Katie also shows up with her adoptive parents, Michael (Richard Thomas) and Rachel (Linda Emond), having done the recital with no incidents, to see about Emily and pick her up. She and Ruth spot each other and lovingly hug, for the first time in years.

In the end, we see another flashback of Ruth hugging little Katie, one of many vague, recurrent memories that Katie showed having of her previous life with Ruth, throughout the movie. 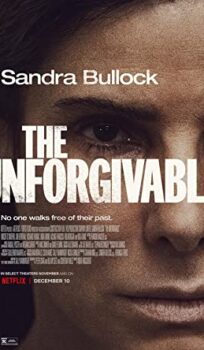